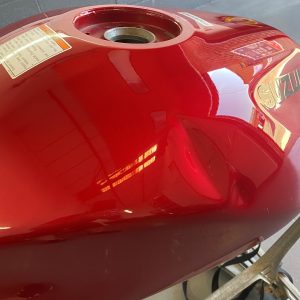 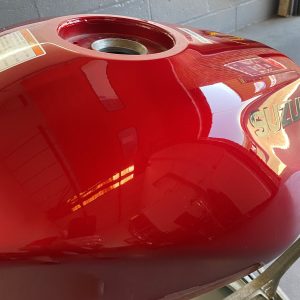 Paintless dent removal is not limited to cars or light commercials, here at Dent Finish we can remove dents from bike tanks also. Bike tanks get damaged mostly from objects falling on them whilst in a garage or lock up, but we see a lot also caused when the handle bars are forced to far back in low speed accidents. As skilled paintless dent repairers of Ellesmere Port whatever you ride we’ve probably worked on it! One of our latest two wheeled repairs here at our Ellesmere Port workshop was a vespa primervera side panel, needing our Dentmaster majic.

So what should you do if you pick up a bike tank dent? Ring Dent Finish of course! and allow us to PDR that headache tank dent away. We much prefer the tanks of the bike, as this allows many more repair angles for viewing and leverage, but we can also help if it’s still on. So why paint it if you don’t have too, especially if it’s a custom paint job. Get in touch today and we can book you in for a bike tank paintless dent removal repair here in Ellesmere Port. 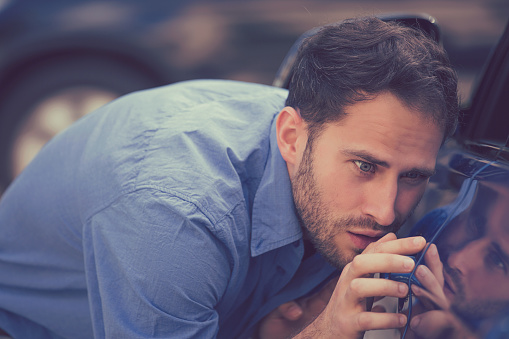 Should PDR cost more or less than a body shop?